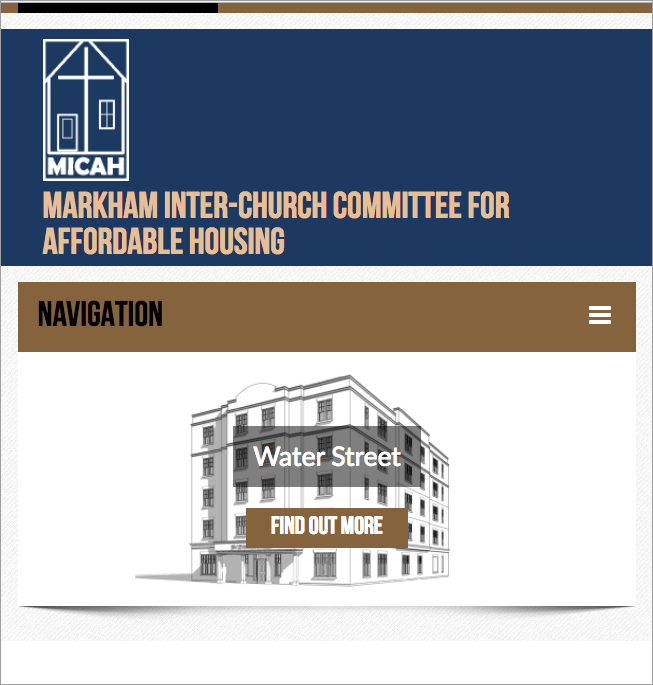 What is Water Street Non-Profit Homes?

MICAH was formed by area churches in 1987, the International Year of Shelter for the Homeless, to provide affordable housing in Markham. While the Water Street seniors’ housing project was its first endeavor, MICAH has gone on to develop other successful housing projects in Markham.

OAIA is the Markham branch of a larger province-wide organization dedicated to advocacy by and for older members of society. One of the major goals of the Markham OAIA had been to persuade the then Town of Markham to build a seniors’ centre.

In 1988, the Town responded to the efforts of MICAH and OAIA by agreeing to sell a site it owned on Water Street for a non-profit seniors housing project and to use the proceeds from that sale to pay for a seniors’ activity centre.

Cedarcrest Manor is a prime example of how community leaders, elected officials and dedicated volunteers can work together to make Markham an even better place to live.

Fill out this form to contact us if you have any further questions.